The Michelson interferometer is the most common configuration for optical interferometry and used in Physics & Optics Lab in Educational Institutions. Supplied on a bread board table. Upgrade facility to add parts to perform as Fabry Perot & Twyman Green Interferometers. 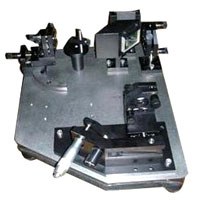